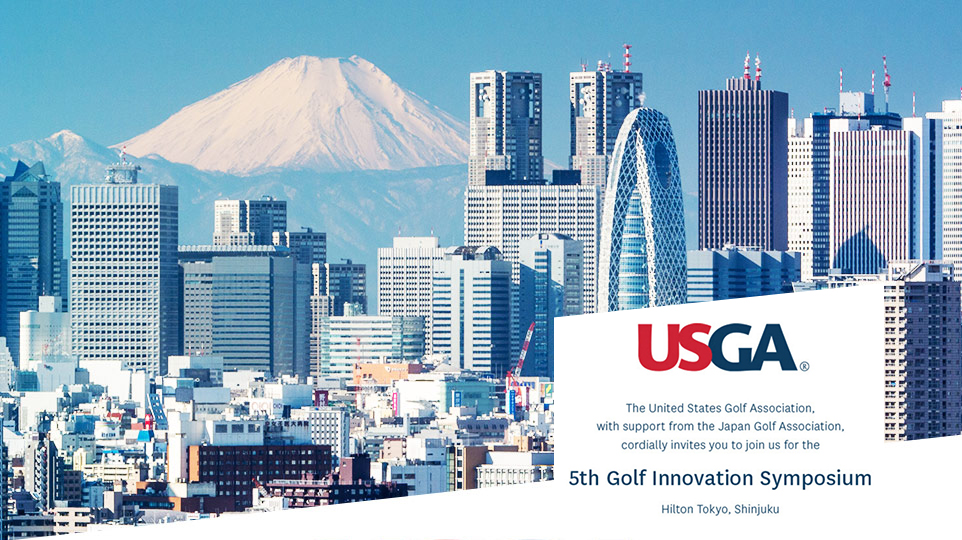 In the first of a five-part series, Tagmarshal CEO Bodo Sieber looks at what the golf industry in general and operators in particular need to do in order for the game to thrive in the future.

Future proofing the game does take foresight and willingness – of which there was plenty on show at the 5th USGA Golf Innovation Symposium hosted in Shinjuku, Tokyo March 12-13th 2019 hosted by the USGA and the Japanese Golf Association (JGA).

The two key messages are:

Here is the first of 5 key learnings from the USGA Golf Innovation Symposium 2019:

The challenge for the industry: Reduce consumption of key resources and improve golfer satisfaction
The USGA has set a challenge for the industry: a 25 percent reduction in the consumption of key resources and a 20 percent increase in golfer satisfaction by 2025. The Symposium was a key platform for sharing the most innovative and most impactful advances in support of this mission.

The operators who do this sooner rather than later and who not only meet, but exceed the challenge benchmarks will thrive and grow, while the ones who wait and see will get left behind. The good news: latent demand in golf is high! People who are interested in playing golf are estimated to be up to 60 million in the US, compared to ±27 million occasional and regular golfers already tied to the game.

The industry needs to find smart ways to open the door for them, while retaining existing players. This is badly needed because while “Golf has attracted 14.6 million players in the last 7 years, it has also lost 16.5 million players in the same period” according to the USGA’s Hunki Yun (USGA Director, Partnerships, Outreach and Education, Research, Science and Innovation). This is a key driver behind the Golf Innovation Symposium.

Non-traditional playing formats such as Topgolf and golf simulators introduce the game to more people and show a positive conversion trend to real on-course golf.

Being consumer led, being open and welcoming and, importantly, delighting players with a high satisfaction experience are critical for golf’s future. “US Golf ranks at a low 69% satisfaction score, which is similar to airlines and the post office and the low end out of 48 industries polled. Full service restaurants on the other hand are highest ranked at 82%, this is where we need to get to as an industry to retain existing players and attract new ones” according to the USGA’s Rand Jerris (Senior Managing Director, Public Services).
. 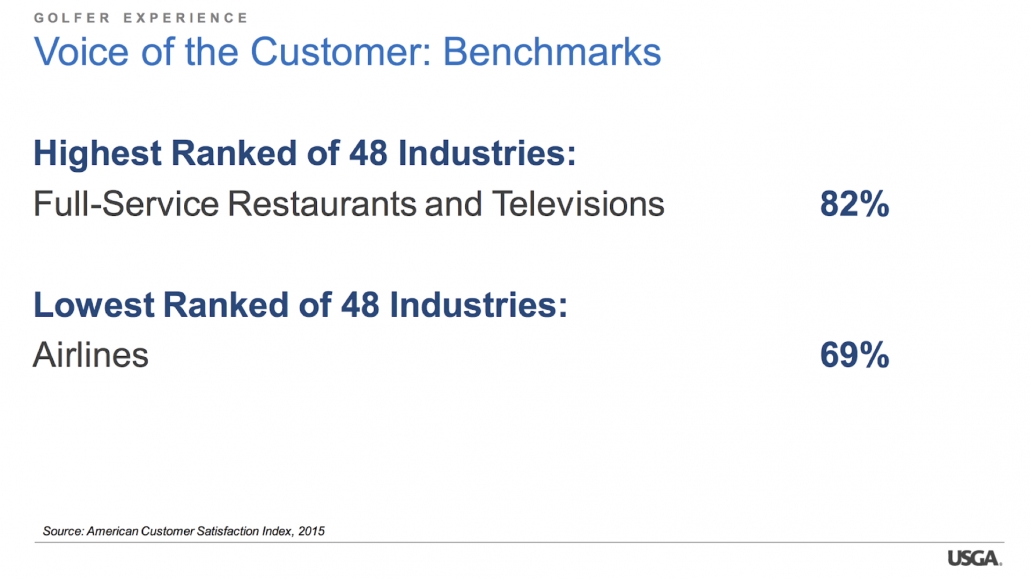 At the same time operators need to reduce costs of operation and work smarter to be sustainable and profitable, with labor, water and nutrients cost escalating annually at up to 11.4% and margins and cash flow under increased pressure, reducing facilities’ ability to invest in their future.

Bodo Sieber is the CEO of golf course optimization and pace of play management system Tagmarshal.
An experienced solutions architect for software systems focusing on business intelligence, GIS and process optimization, he has been recognized for innovation in golf and has spoken at Golf Business Tech Con, as well as being quoted in Forbes, Golf Digest, USA Today, Compleat Golfer and PGA Magazine.

With Tagmarshal, Bodo and his team have been bringing extensive data and geomatics experience into golf operations for five years. The company’s focus is on creating the best possible way to manage the on-course experience and flow of golf for improved player satisfaction and increased profitability. The concept behind what is now a ‘golf course intelligence’ data platform, perhaps unsurprisingly started on a 15th hole that had three playing groups backed up, at the end of a long, frustrating round of golf.

Having collected almost 1 billion data-points, by tracking over 7 million rounds of golf, Tagmarshal add value to 8 of the top 10 US Public courses, a number of US and international top 100 private clubs with rapid adoption in the mid tier of the market.

Leave your contact details and we'll get in touch to show you how the system and how it can add value to your course.
5 key learnings from the USGA Golf Innovation Symposium – Measuring for...