The most fervent golfers in this country are found in Minnesota. Some might make the case for Wisconsin, but golfers in the North Star State are downright rabid. The 84-day season might have something to do with it.

Then came this year. The winter had weirdly little snowfall. Mike Miller, a 59-year-old public-course golfer who lives in Eden Prairie, near Minneapolis, was excited for spring. He’s retired from the banana importing and distribution business and now works on a pro bono basis at a PGA Tour Superstore. He and his buddies were actually playing golf in early March this year. Unheard of! Mike and his buddy Jeff know what it’s like to play through an October snow. This year, they were living large and loving life.

Then came the plague. Courses were closed by gubernatorial decree. March turned into April. For six long weeks, Mike and his golf friends would drive by playable courses and look at them with longing eyes.

Then, without warning or preamble, came a proclamation on April 17: With safety restrictions in place, courses could open the next day. Mike was ready to go. He’s logged seven rounds since then. 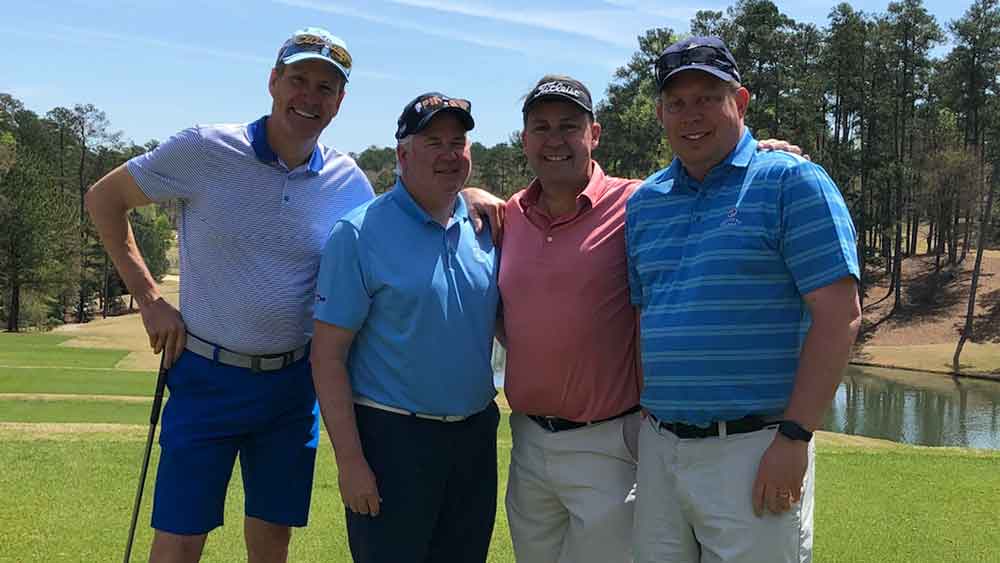 “It’s been different,” he told me Sunday during a FaceTime interview. I could see a small sign on a wall behind him: Man Cave. “There’s less conversation. I’m carrying a Sunday bag. If you’re in a cart, it’s one player per cart. You’re actually focused more on your golf.” The 19th hole is a beer in hand in the parking lot of this public course or that one, each player 10 feet away from the nearest.

This is a man who knows golf. Mike once attended a Monday practice round at the Masters — an experience so profound it left him crying. He has observed that Tiger Woods eats tournament bananas only after making the turn, always with care and only if they’re bright yellow. One of his prized possessions is a photo of Jack Nicklaus at the Old Course. Mike is a widower with two grown sons, one in Southern California, the other in South Florida. He goes to them, bag-strap on shoulder.

But now golf has come to Minnesota. Golf in late April and early May is not a given in Minnesota, and this year it’s not a given anywhere, but the courses are open and the game is on.

Mike’s been carrying 10 clubs, an umbrella when the forecast is iffy, a towel that gets used on every hole.

“How many golf balls do you carry?” he was asked.

Ten, at least, he eventually allowed. Minnesota courses are famous for their lakes, and his golf, Mike said, is erratic.

He then explained his two-way miss and the extreme challenge that golf presents when you don’t know what will happen next. Well, there’s a lot of that going around these days.

Still, the joy in his voice was detectable. This is not a spring anybody would want. But the Minnesota courses are open, so that’s good.

Leave your contact details and we'll get in touch to show you how the system and how it can add value to your course.
Golf Courses Across Illinois Reopen with New COVID-19 Rules