PGA Tour officials are expected to announce this week their intention to resume the tour season, halted due to the COVID-19 pandemic, on June 11-14 at the Charles Schwab Challenge, multiple sources have told Golf Digest. It’s also expected that fans will not be allowed to attend that first tournament at Colonial Country Club in Fort Worth. As the Tour looks to follow health and safety guidelines set by government and health officials, other early tournaments also are expected to be played without spectators.

The sources spoke on the condition of anonymity because they are not authorized to speak on the Tour’s behalf. Tour officials discussed plans with the Players Advisory Council during a conference call on Tuesday.

Late last week, the Tour sent players a memo saying that it was targeting a return at Colonial. The memo cited the tournament’s original date on the tour calendar of May 21-24, but also said the Tour was evaluating options to “preserve the maximum number of events we can while giving us more time as the crisis evolves.” Sources previously told Golf Digest those options focused on moving the Charles Schwab Challenge to June. The RBC Canadian Open, originally scheduled for June 11-14, will not be played, sources have said, freeing up the date for another event. 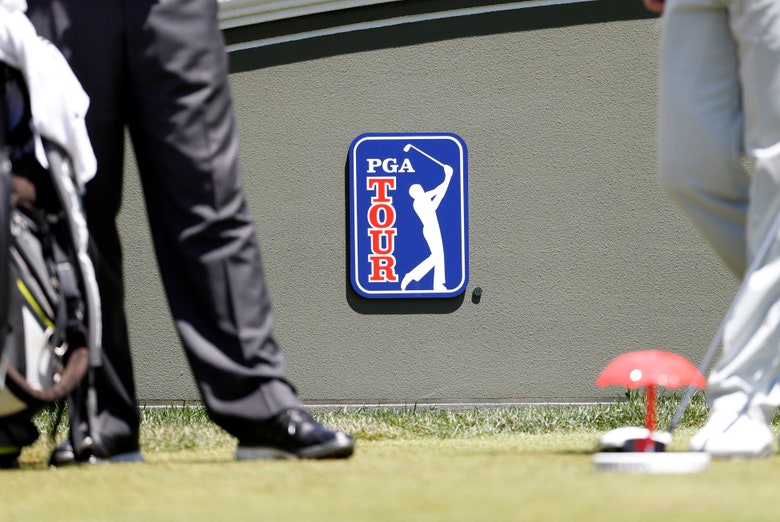 After the Charles Schwab Challenge, the Tour has an opening on its calendar for a “Potential PGA Tour Tournament” from June 18-21, when the U.S. Open was to be held before the USGA announced its postponement to September. Scheduling conversations at the Tour remain ongoing and fluid, but according to multiple sources, the RBC Heritage, originally scheduled to be played this week at Harbour Town Golf Links on Hilton Head Island, is likely to fill that slot.

From there, the latest schedule scenario being evaluated by the Tour, according sources with direct involvement in the discussions, includes:

According to a source, once play resumes, all tournaments with the potential exception of the WGC-FedEx St. Jude would feature fields ranging from 144 to 156 players in an effort to make up for lost playing opportunities.

The schedule then picks up from the Tour’s announcement last week regarding events in August and September:

The truncated schedule is predicated on guidance from health and governmental officials. Two weeks ago, Texas Gov. Greg Abbott expanded a previous order that required a 14-day quarantine for anyone flying into the state, adding several more cities and states, including Miami, Atlanta, Detroit and Chicago, as well as anywhere in California or Washington. How long that remains in place could have a substantial impact on whether any more changes to the schedule will have to occur as a precaution against the coronavirus.

On Tuesday, California Gov. Gavin Newsom described the prospects of holding mass gatherings in the state any earlier than September as being “unlikely,” potentially impacting the play of the PGA Championship at TPC Harding Park in August. Earlier in the day, PGA of America CEO Seth Waugh, interviewed on SiriusXM PGA Tour Radio, said that the association was preparing various contingencies for the PGA Championship, including holding the tournament without spectators or moving it from California.

“If the safest and/or the only way to [hold the PGA] is to do it without fans, we’re fully prepared to do that,” Waugh said. “We believe that having it as a television event is worth doing regardless of whether there’s fans there or not.”

Leave your contact details and we'll get in touch to show you how the system and how it can add value to your course.
PGA Championship future sites through 2031