More than half the golf courses in the United States are now open for the first time in more than a month, according to this week’s Covid-19 update by the National Golf Foundation.

Eleven states currently are closed entirely for golf during the coronavirus pandemic, according to the NGF’s report done in cooperation with the Golf Course Superintendents Association of America. They are Illinois, Maine, Maryland, Massachusetts, Nevada, New Hampshire, New Jersey, New Mexico, Pennsylvania, Vermont and Washington. Illinois will allow its golf courses to reopen May 1, and Washington will allow its courses to open May 5.

Many courses are still closed despite having the option of opening. Those include the courses at several top resorts where golf might be allowed but hotel operations have been shuttered – with nowhere for guests to stay and amenities such as spas and restaurants closed, there wouldn’t be enough traffic to keep the courses open.

Some states such as California, Texas and Florida have counties or cities where golf courses are closed by local mandate despite no statewide ban. 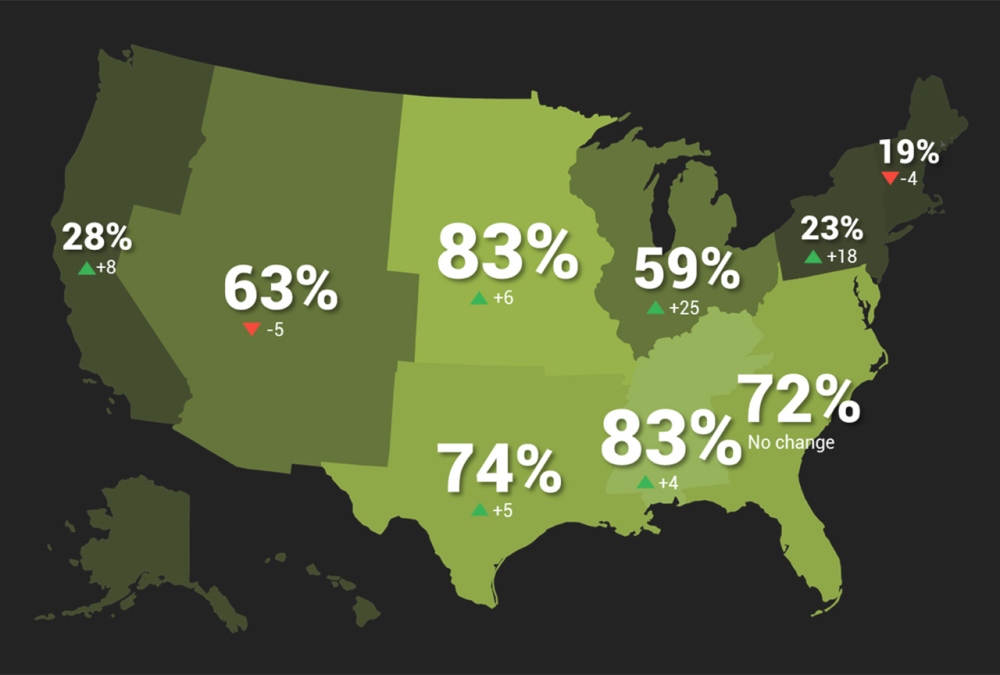 Regionally, the West Coast and the Northeast have the most closed courses (see map).

Based on several factors such as multiple counties and municipalities in California allowing courses to reopen in the past week and some municipal courses in New York, including Bethpage, coming back online, the NGF anticipates that the total number of courses nationwide to be open to soon rise as high as 68 percent.

Contributing to the greater percentage of courses open are those northern tracks just coming online based on seasonality. Alaska’s golf season hasn’t started because of seasonality, and that state isn’t included among the closed states. 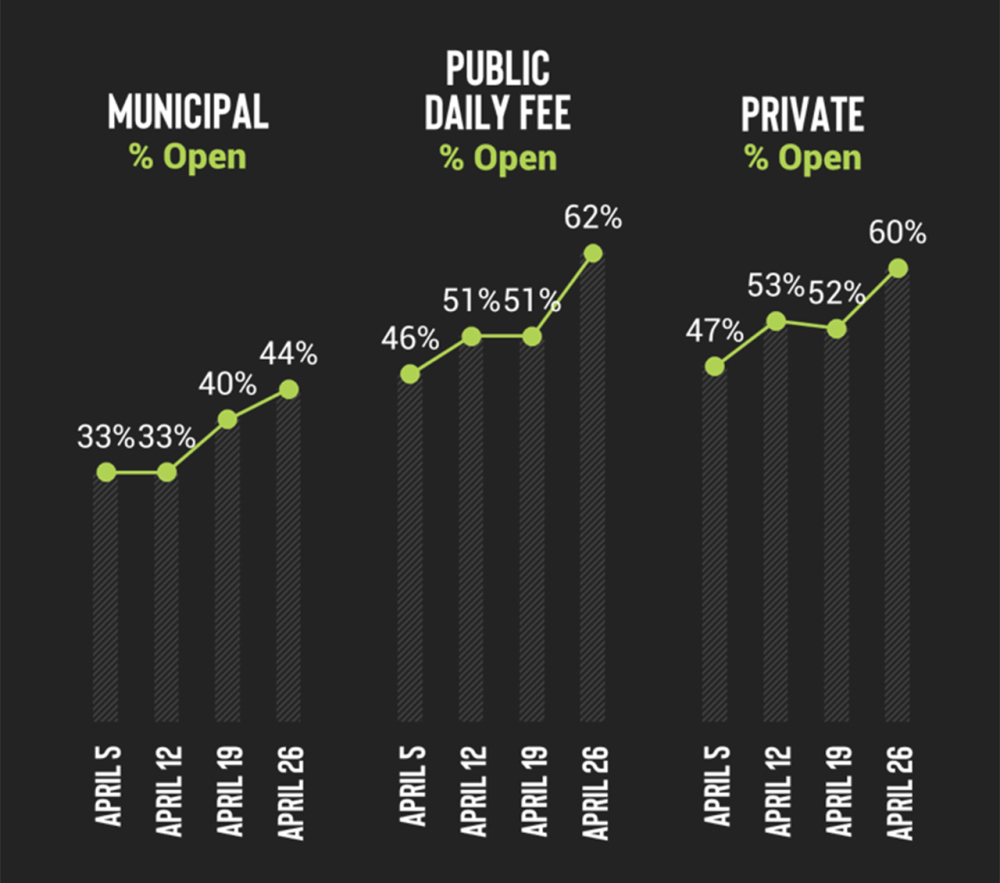 Leave your contact details and we'll get in touch to show you how the system and how it can add value to your course.
Coronavirus and golf: Don’t forget extra water if you’re heading...

Golf courses can reopen in Washington May 5
Scroll to top