After eight weeks off due to the COVID-19 pandemic and with another six weeks until tournaments are scheduled to resume, many PGA Tour pros are eager to compete once more. That’s not to say, however, they’re willing to resume the 2019-’20 season without certain safety measures in place. And, at least for a majority of tour pros Golf Digest surveyed, those measures must include a comprehensive testing system in place at every tour event.

Our reporters received responses in recent days from 35 players after asking them to give their thoughts to the following query:

Which of the following describes your attitude about returning to competition:

A) I don’t need anything to be different than before the virus. I’m ready to play.

B) I am willing to compete under whatever safety measures the PGA Tour chooses to implement, but don’t think we need comprehensive testing at tournaments.

C) I am only willing to compete if there is a comprehensive testing plan in place at every event.

D) I am not willing to compete until a vaccine or major medical development is in place.

Eighteen of the 35 players (51.4 percent) said they most closely identified with Answer C, which stipulated the need for comprehensive testing at every tournament. 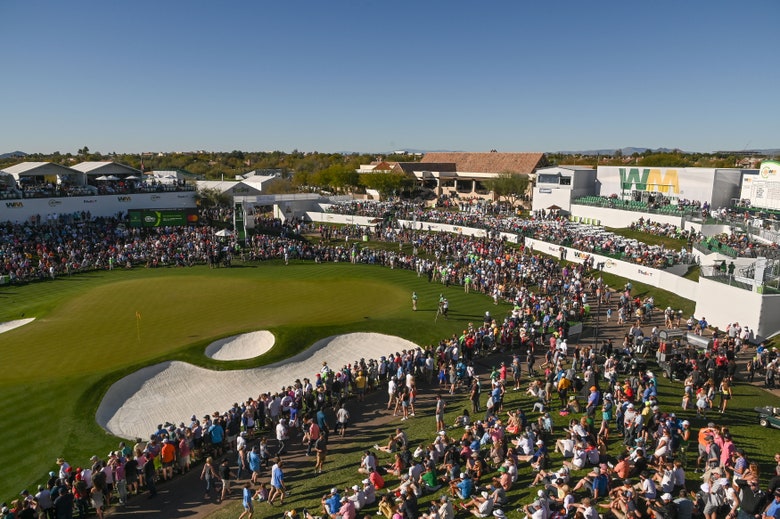 Players, who were told they could answer anonymously, were also asked to elaborate further regarding their thinking. Some chose to go on the record while others asked for anonymity, but their responses help frame the issues many within golf are weighing as they contemplate a return to competition.

“I do trust [the Tour’s] decision-making process, but I’m not sure that the decision to start playing or not start playing has much to do with trusting their decisions,” said Stewart Cink. “To me this feels like a very personal decision about when the comfort level is enough to get back out there traveling. And also there’s still the very significant factor of social accountability and whether it’s right to get back into a routine where everyone is traveling, etc.”

“I’m willing to compete when the Tour and the proper medical authorities come up with a good [testing] plan,” said Charles Howell III. “Golf is a different animal because we rely on travel, hotels, restaurants, gyms, etc., to be open and things functioning as safe as possible.”

Since the PGA Tour announced last month its plan to resume the season in June with the Charles Schwab Challenge in Fort Worth, an event that would be held without spectators, tour officials from commissioner Jay Monahan on down have been clear that widespread testing being available for players, caddies and other constituents would be the only way they’d initiate a re-start to its season. Exactly what kind of testing the tour would employ, how frequently it would be done and who would be required to take the test are still, however, being determined. A source tells Golf Digest that discussions are ongoing as to whether nasal or saliva tests would be administered, and if a separate antibody test will also be conducted.

“Everyone’s safety is the No. 1 concern,” said Steve Wilmot, tournament director of the RBC Heritage at Harbour Town in Hilton Head Island, scheduled for the week after the Charles Schwab Challenge and, like any of the first four events on the new schedule, will be held without spectators.

“We’re all—us, the Tour, the other first events—coordinating and bouncing ideas off each other to see how we can make this work. But we’re not going to jeopardize the health of the very people we depend on to bring this event to life. The Tour has a medical staff. They are identifying the right and the wrong. We will follow their lead.”

A little more than 37 percent of players who responded to Golf Digest’s query agreed most closely with Answer B (13 of 35), saying they trusted that the Tour would have sufficient safety protocols, but did not need testing in place for them to be willing to compete.

According to a PGA Tour spokesman, “health and safety measures as they relate to competition remain under review.” Some of those measures might potentially come from the guidelines that have been adopted at the state level in order for courses to open to the general public. Among them are prohibiting players from touching flagsticks and doing away with rakes in bunkers. If such measures were implemented at PGA Tour events, they could have a notable impact on the competition itself, one that some tour pros have balked at.

When PGA Tour pros competed this past week at the Maridoe Samaritan Fund Invitational outside Dallas, there were no bunker rakes on the course. A walking scorer with each group, however, carried a rake and helped attend to the bunkers when necessary, identifying a potential alternative to taking away rakes entirely.

Though looking out for the safety of anyone competing or working at a tour event is the top priority as officials plan out operations for tournaments moving forward, maintaining the competitive integrity of the events and the tour season overall also must be factored in.

“I’m 100 percent ready to play,” said Charley Hoffman, who is the chairman of the Players Advisory Council. “I’ve talked to many players who won’t have a problem playing. But is it fair for me to go out and play when others don’t feel safe? No. Is it fair for me to compete if so-and-so has a health issue and doesn’t feel safe playing? I don’t think so. Everybody has to be ready to play, not just me and somebody else.”

Those not ready to play come June got some reassurance from the PGA Tour on Thursday when officials announced that tour pros won’t lose their status for the 2020-’21 season if they fell out of the top 125 of the FedEx Cup list after the Tour Championship in September, the conclusion of the 2019-’20 season. All player eligibility will carry over into next season.

In the Golf Digest survey, three players chose Answer A, saying they didn’t need anything to be different, and one player picked Answer D, noting that more than testing needed to be in place for them to feel comfortable competing again.

“Testing is not enough,” said the anonymous respondent who answered D. “I need to know what the hotel, food and travel situation is, as well as what we are doing on the course. I hate the idea of getting to a city, having them test me, find out I’m positive and having to pull out of the event and quarantine there for 14 days while the tour continues on to the next city.”

Leave your contact details and we'll get in touch to show you how the system and how it can add value to your course.
Pennsylvania will also allow courses to open on May 1