January 1st, 2019 will see a number of important rule changes implemented by the R&A and USGA, in an effort to make them easier to understand and apply.

That will come as a welcome relief for many golfers and clubs alike – both will hope that the simplification results in a smoother flow on the course.

With golf competing against other leisure activities and modern players prioritizing pace-of-play as one of the most important factors in terms of enjoying a round, the sport has made its most sweeping rules revisions in more than 60 years.

Let’s take a look at some of the changes that stand out:

First, golfers now only have three minutes to search for a lost ball, rather than five minutes. Not only does this cut down on the amount of time you’ll have to spend traipsing in the long grass (admit it, you weren’t going to find it anyway), but it will hopefully ease on-course bottlenecks and prevent holding up of play.

In addition, it is now recommended that golfers take no longer than 40 seconds to play a shot, and “ready golf’ in stroke play is encouraged.

Golf clubs will be able to bring in a new Local Rule pertaining to out-of-bounds and lost balls as an alternative to the current stroke-and-distance penalty. Rather than the return to the tee and a one-stroke penalty, golfers can now drop a ball anywhere between where the original ball was believed to have come to rest (or went out-of-bounds) and the edge of the fairway, but no nearer the hole. This will incur a two-stroke penalty.

There are also changes to procedures for dropping the ball when taking relief. A player must now drop from knee-height, as opposed to shoulder height, which will help to ensure that the ball stays within the two-club-length drop area without having to try multiple drops.

On the green, the penalty for hitting a flagstick left in the hole when putting has been done away with. Look forward to the debate whether it is better to have the flag in or out the hole with your playing partners!

The bunker and penalty area rules have also been relaxed and simplified. Players may now also remove loose impediments in bunkers and prescribed penalty areas. An addtional relief option for an unplayable ball in a bunker has also been added – the ball may now be dropped outside of the bunker, albeit with a two-stroke penalty.

When taken together, the rule changes show that golf’s ruling bodies understand exactly how important pace-of-play is to the modern golfer. Certain rules are clearly aimed at saving time, while the simplification of other rules have been made with the underlying aim of making the rules easier to understand.

When these new rules come into effect, courses and clubs may notice a slight reduction in round time, but should remember that, in reality, most of the changes really only reflect how casual golfers have already been playing for some time! Using Tagmarshal’s pace-of-play golf club management software and the real-time, qualitative and in-depth data it provides will ensure that clubs can make the most of the new rule changes, in a way that ultimately generates more revenue. That could mean adding additional rounds through the day, or ensuring that happy golfers have more time to spend at the pro shop and clubhouse. 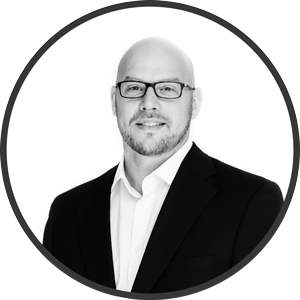 Bodo is a dynamic leader and brings a wealth of business intelligence and corporate software applications experience to the golf industry. A German national with an extensive understanding of management and process optimization, Bodo has honed his applied data science expertise during more than a decade in the field.

Leave your contact details and we'll get in touch to show you how the system and how it can add value to your course.
5 Questions with Matt Barksdale at Pinehurst