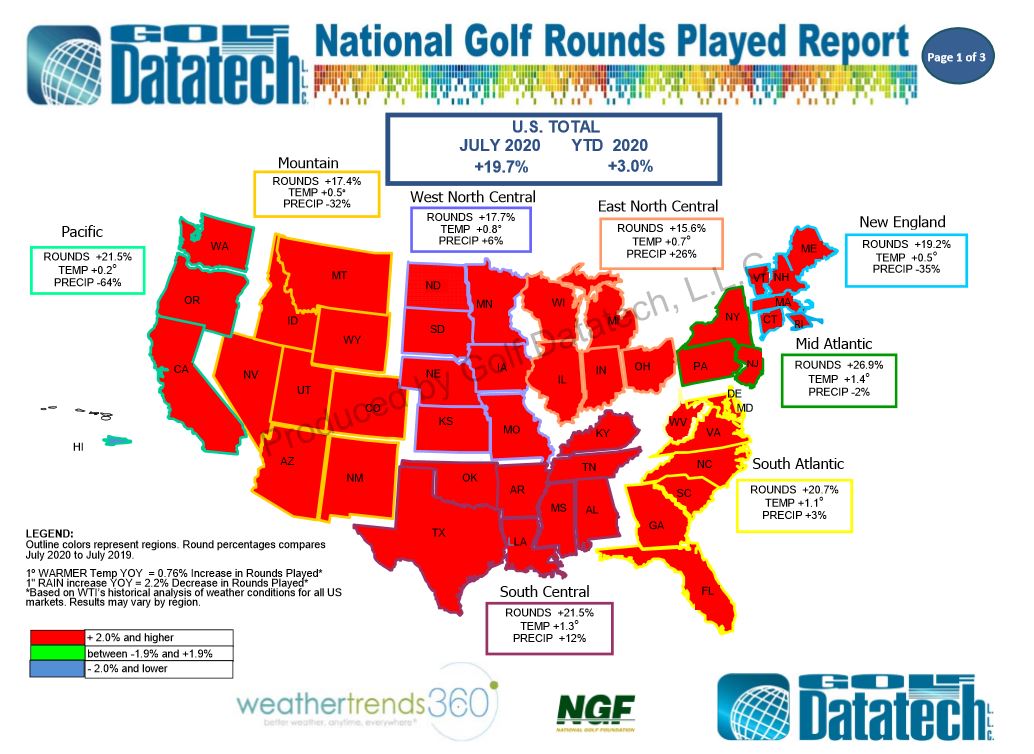 Golf continued its summer surge, with July rounds played increasing by 19.9% over a year ago. Given that July is such a high-volume month for play, the jump translates to more than 10 million additional rounds than in July of 2019.

The July jump comes after play was up 13.9% in June and 6.2% in May, helping the industry climb ahead of 2019’s pace despite the loss of 20 million spring rounds due to coronavirus-related course shutdowns and anxiety. More than half of U.S. golf courses were closed in late March and throughout April. Entering August, 2020 play was up 3% over the same period last year.

Given that almost half of annual rounds are played from May through August, a continued surge could help further eclipse the 2019 national rounds total of 441 million.

Play was up 25% at private clubs in July, with anecdotal reports of greater use as members settle in locally rather than take vacations and pursue other leisure activities. Private play in particular has helped offset the spring losses, up 11.2% on the year. Play at public courses, which includes municipal and resort facilities in addition to daily fee courses, was up 18% in July and is +1% for the year.

Leave your contact details and we'll get in touch to show you how the system and how it can add value to your course.
Webinar: How Foothills and Meadows use technology to save costs AND deliver...