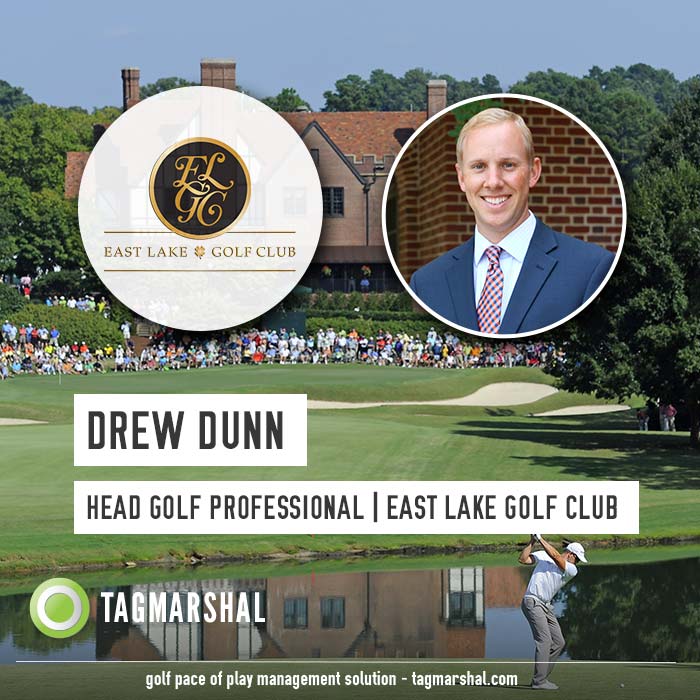 Has golf always been your first love? What other sports / team are you a fan of?

I was a late comer to the game of golf and did not start playing until after high school.  Basketball and Baseball were my first loves growing up and I played them competitively through high school.  Being a very competitive person I was left with a void in my life.  I had spent 5 days a week my entire life playing some kind of sport and all of a sudden I had nothing to compete in until I found golf.  Golf quickly became my new passion because it filled that competitive void whether it was against another individual or just myself against the golf course.

Who was your golf hero growing up?

Tiger Woods was so instrumental to bringing so many new players to the game and I am one of those people.  His rise to fame in the late 90’s was right around when I began playing and it was because he made golf cool.  I probably would not be in the position I am in now if it was not for Tiger.

Ironically, I am going to have to say the same player for both, Kevin Na.  He is known for being a deliberate and slow player but at the 2016 Tour Championship in the final round he was paired by himself as we only had 29 players in the field.  Kevin and his caddie literally ran through their round and ended up finishing in just under two hours.  He also birdied the last few holes to shoot an even par 70 which makes the feat that much more impressive.

Where does Pace of Play rank as an industry priority?

Pace of Play definitely ranks in the top 3 of industry priorities.  People’s time has never been more valuable to them than it is these days.  The amount of time it takes to play a round of golf is one of the main reasons people give for either not playing golf at all or playing more than they do.  Anytime we can give our members and their guests more of their time back we want to do so as it is beneficial to everyone.

Why has your course decided to invest in Pace of Play?

East Lake Golf Club is a walking only facility and every player is required to use the services of a caddie.  GPS technology has been available for many years in golf carts but there has never been a reliable product we could use because our players don’t use carts.  Now, with Tagmarshal, we have the same opportunity to efficiently increase our member and guest satisfaction as well as our bottom line that other facilities have had for years.

What are the top benefits about having technology to manage the field, efficiencies and the pace of play?

We have found that all golfers understand pace of play is a priority and there is an expectation they should play in a certain amount of time.  Tagmarshal allows us to efficiently monitor groups from anywhere we have access to an internet connection, including our cell phones.  This alleviates the need for us to have an actual person physically on the golf course driving around and monitoring pace.  When we see a group has fallen behind we can ride out and inform them exactly how far behind pace they are and politely ask them to speed up their play.  Often golfers are unaware they were behind pace and are thankful we informed them because nobody wants to be the slow group on the golf course.

Tagmarshal is a golf course efficiencies and field management solution that turns pace-of-play into an asset. The system uses a series of small “tags” clipped onto one golf bag per group, or installed into carts, which transmit geolocation data. Industry-leading algorithms identify risk groups with accurate, objective support to alleviate pace challenges before they arise. Public, private and resort courses using Tagmarshal realize substantial returns on investments through improved on-course experiences achieved with less staff, as well as increases in daily rounds. Easy-to-use pace analytics, weather data integration and geo-fencing complete the offering.

Leave your contact details and we'll get in touch to show you how the system and how it can add value to your course.
Technology Aiding Pace of Play to Stop Slow Play