NEW RULES OF GOLF AREN’T A FIX-ALL FOR PACE OF PLAY! 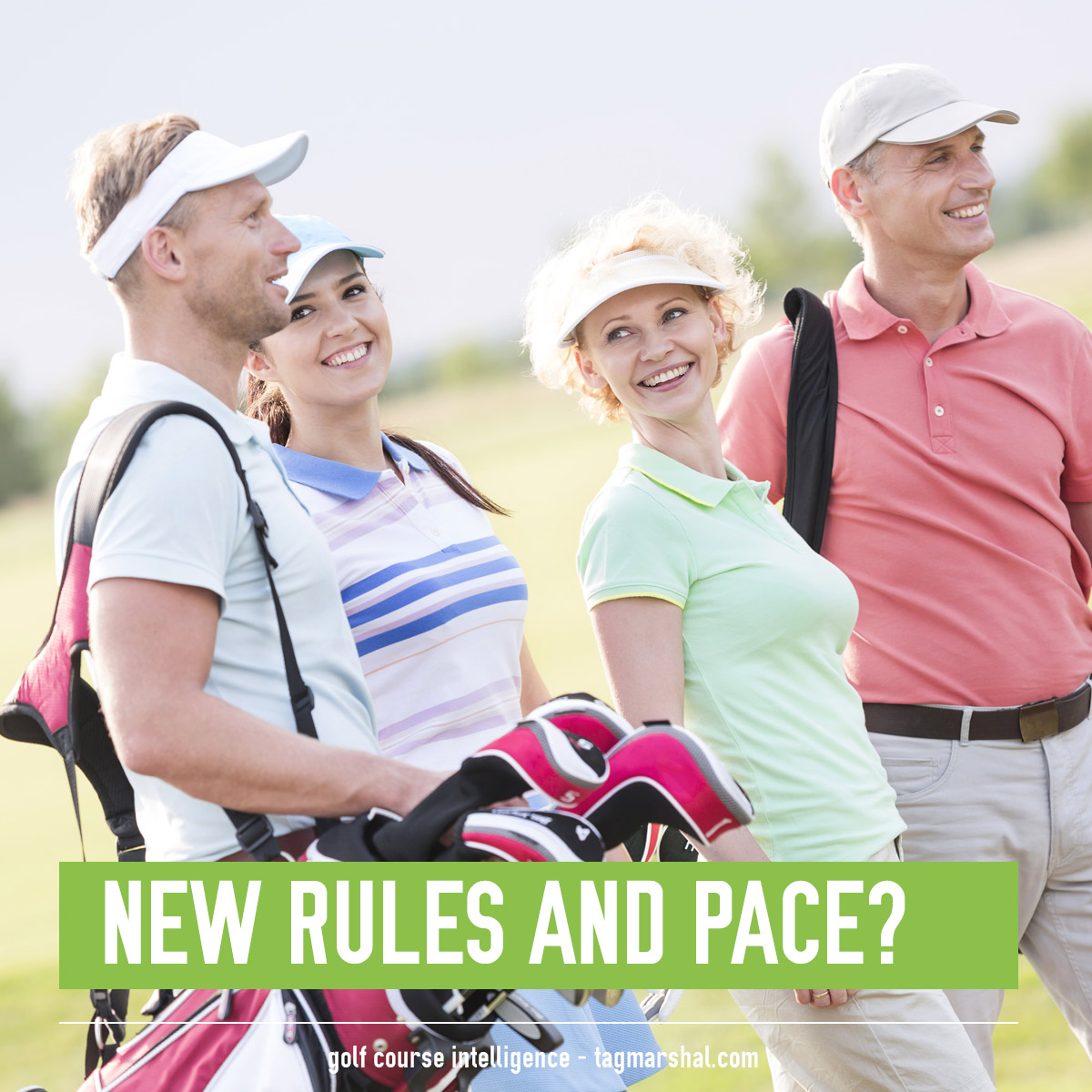 January 1 saw the introduction of some 37 Rules of Golf changes by the USGA and R&A. Aimed mainly at simplifying what is a complicated set of rules, much has been made of the intention to speed up play.

In reality, only four of the 37 changes relate directly to pace of play and the reality is that the majority of the changes reflect how average and casual golfers have already been playing. Ironically, in the short term anyway, getting to know the new rules changes is likely to cause delays – especially in the professional and elite amateur game as competitors seek confirmation from rules officials more often to ensure that they are playing by the new rules properly.

A number of new rules that will improve pace of play (drop at point of entry for a ball out of bounds being an example) are only options as Local Rules and will not be available in serious competitive play. And there is some debate as to whether leaving the flagstick in for putting will speed up play at all – there will be some players who will argue that there is no advantage so will choose to have it out while others will want it in. Will we see lots of removing and replacing of the flag depending on the “De Chambeau-like” theories of individuals?

And what of the ball having to remain in the “relief area” once it is dropped from knee height (in the past, it could roll a further two club lengths as long as it was not nearer the hole)? We are more than likely going to see more re-drops and then placing of the ball, all of which takes more time.

The option of a course having more Red “penalty areas” is great (navigating the dropping procedure at yellow-staked hazards was particularly difficult for casual golfers in the past) but the elimination of the option of opposite side relief at Red penalty areas – unless it is specifically stated in a Local Rule – will add unnecessary confusion.

Overall, the simplification of the Rules should have a positive effect on the game – golfers should enjoy many of the logical changes and improved experience for golfers is vital.

So, should operators lean back and allow the New Rules to assist with any pace-of-play concerns that they have at their courses? If they are looking to improve the experience for all golfers and are keeping a watchful eye on the bottom line, the answer should be a resounding no!

With the new rules of golf going into effect Jan. 1, here are a few that you need to know. pic.twitter.com/l78pkEHEkV

Oversight of on-course flow and pace of play should be a priority and the ability to react to problems immediately is vital. Tagmarshal, with its industry leading pace-of-play management solutions and golf-course intelligence technology, offers course operators and owners the ability to manage pace of play in a fact-based, objective way, improving both the experience for their golfers and gaining the ability to affect the bottom line positively by optimizing tee-sheets and adding extra tee times, especially in busy periods.

Analysis of data collected from monitored rounds gives management an important tool in decision-making, whether it’s in course set up, maintenance or even design changes. Tagmarshal can do all of this for you.

2019 is certainly an exciting new chapter for golf, but data and our customers’ results confirm that the fix-all can only be attained in partnership with Tagmarshal.

Duncan Cruickshank is a former editor of Compleat Golfer magazine, is the former Director of Marketing at the Sunshine Tour and is R&A accredited Level 3 Tournament Administrator and Rules Official.

Leave your contact details and we'll get in touch to show you how the system and how it can add value to your course.
Tagmarshal holiday quiz