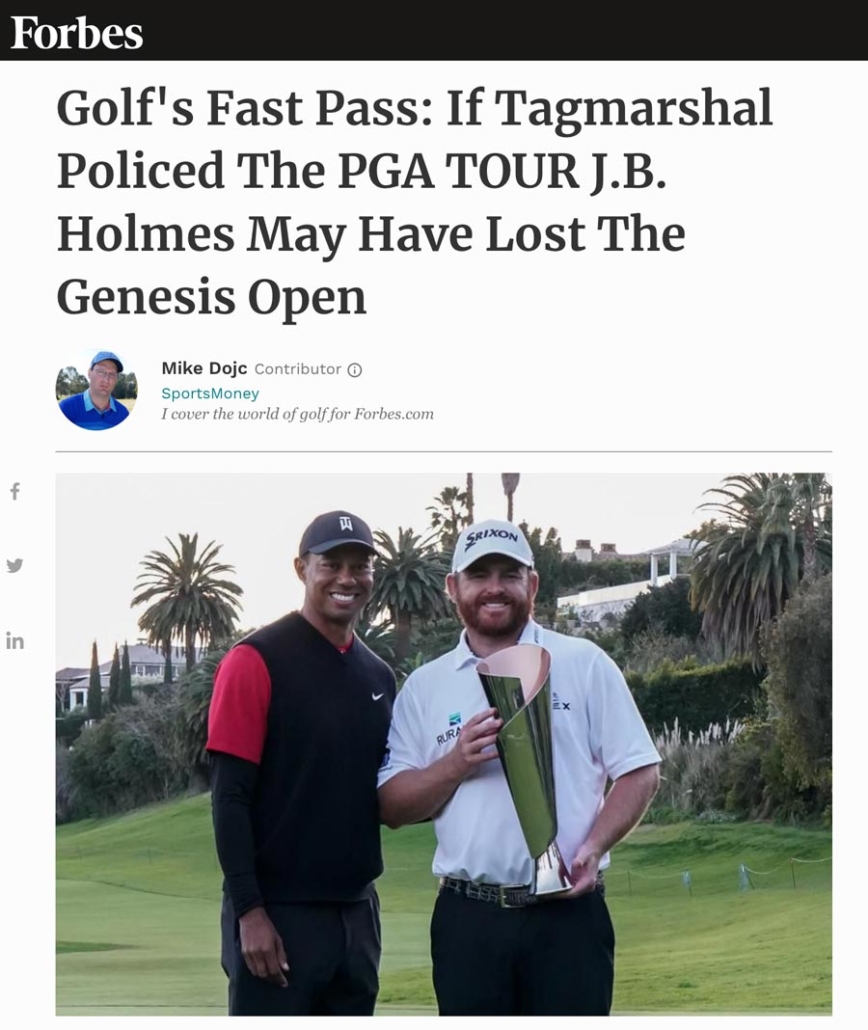 As published in Forbes Magazine
When it comes to measuring round satisfaction, unless you’re PGA TOUR slow play ambassador J.B. Holmes whose dawdling Kentucky two-step can lull his playing partners to sleep, quicker is better.

So what’s a recreational golfer intent on breezing through eighteen in under four hours to do? Booking the very first tee time of the day has long been golf’s wait-minimizing equivalent of the Walt Disney World FastPass. Golf early birds are free and clear to race along unimpeded and won’t be held up by a slow group ahead. But multiple morning golf groups can now enjoy that same expedited experience thanks to pace of play intelligence software leader Tagmarshal’s new “Fastlane Golf” product which they see as a quick and easy introduction for courses considering implementing one of their comprehensive platforms.

“People say they love playing the first tee time of the day because nobody is in front of them and they can get to their office at ten. We can optimize a course and set it up in a way so that the first five tee times can actually be run fifty minutes faster than a course’s goal time,” explains Tagmarshal CEO Bodo Sieber.

Golfers who score these coveted tee times commit to play at an accelerated clip, a mantra already espoused by the vast majority of early risers. The course in turn commits to keeping tabs on these fleet footed foursomes. They monitor them with Tagmarshal’s turnkey mobile 2Way systems which are clipped onto carts or bags and can display real time alerts to preempt slow play.

“There was a USGA data survey where it was found that players are willing to pay more for a quicker round with no holdups. Courses can actually charge a premium for Fastlane Golf, ten to fifteen percent more, what have you,” explains Sieber. He likens the value proposition to opting to drive on a toll highway to assure a quicker commute.

“If you are a busy person it’s worth paying a little more to know what your are going to get, and that is exactly what we are providing. So this is a low effort, low cost, immediate return on investment.   And a great entry point for us because courses get to understand what its like to manage the operational technology and the expectation from our side is that many would then upgrade to our proper full Tagmarshal system.”

Tracking groups in real time to manage course flow and identify bottlenecks before they occur is the main reason courses are signing up to this software as a service company’s wares.

If Tagmarshal’s pace of play platform was deputized to police last weekend’s Genesis Open, J.B. Holmes sluggish antics would’ve been flagged by their algorithm early on.

He’d have been politely told to curtail his glacial pre-shot routine responsible for the final threesome’s round dragging on for five hours and 29 minutes.

Aside from safeguarding a healthy pace, Tagmarshal can keep track of everything else that moves on a golf course including mowers and beverage carts. This is all in the service of optimizing operations. All that geolocation data culled from tracked rounds can also generate course utilization heat maps to better inform superintendents’ maintenance decisions. 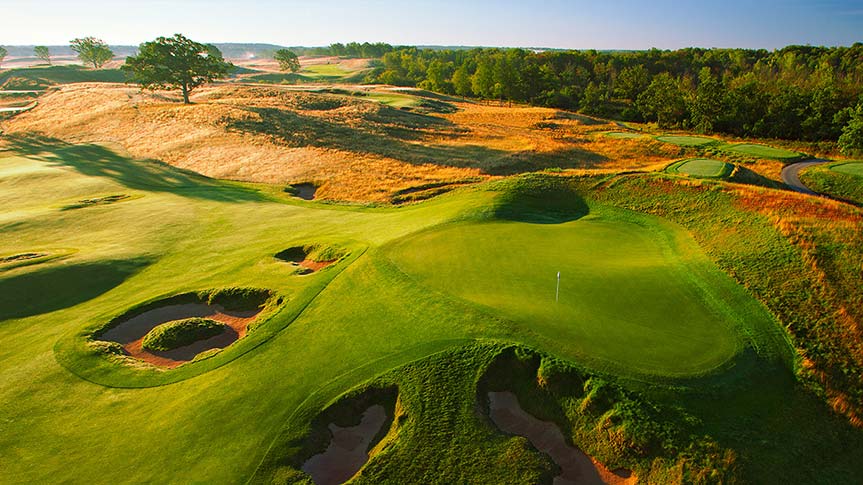 Erin Hills, site of the 2017 U.S. Open, was one of Tagmarshal’s earliest big name adopters.

“We started knocking off two to three minutes each year and then once we really got used to the system and figured out how it works we started doing a better job conditioning players and caddies,” says Jim Lombardo, Head Professional at Erin Hills.

“They always seem to play faster when they know they are being tracked.”

By shaving off those precious minutes from average round time, Lombardo was able to add an extra tee time at the end of the day without having to worry about whether a group would be able to get in their round in before sunset. With green fees at $295 a player, that extra time slot quickly paid dividends.

“You add that in throughout August and September and most of those get sold, maybe 75% of them, you’re looking at $40-$50,000; maybe even a little more, of additional revenue. There’s no way we would have had that if we didn’t have the system. It pays for itself a hundred times over, if not more,” says Lombardo.

Round tracking intel gathered can also lead to course improvements. Suffering first tee jitters at Erin Hills is pretty common. Those heightened nerves can cause golfers to slice into the tall fescue on the right hand side and then spend time searching for balls in the rough.

“We trimmed back the fescue back to make play a little more forgiving on the right hand side. It didn’t change the look of the golf course. It was just a matter of a few feet. But it made a difference.”

Leave your contact details and we'll get in touch to show you how the system and how it can add value to your course.
Five Ways to Align Your Course to Best Utilize Tagmarshal